U.S. Supreme Court’s Decision To Step Back Into Marriage Debate Stirs Both Sides 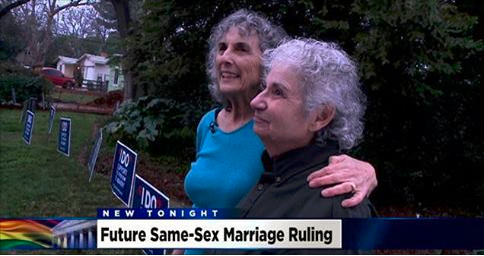 Ellen Pontac and Shelly Bailes are featured in this article and video clip by CBS Sacramento Channel 13. The women are long-time marriage equality activists and MEUSA local organizers.

Ellen Pontac and her partner, Shelly Bailes, have been legally married in California for six years, and together for 41. They’ve worked on the marriage equality movement for 15 years and have seen change. Pontac immediately started decorating her lawn after hearing the U.S. Supreme Court will take up the issue of gay marriage. “I thought I’d never have that much use for these signs again but they’re staying up now,” she said.