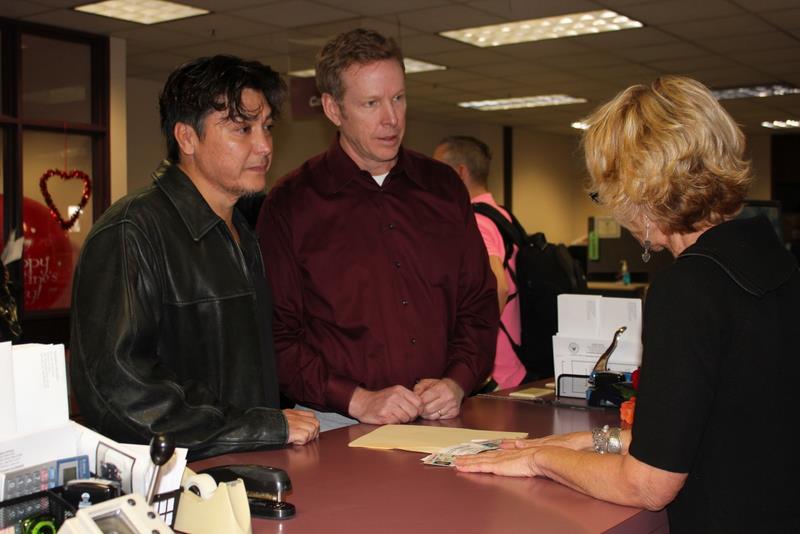 From the early 2000's through 2014, Marriage Equality USA (MEUSA) and its partners organized #LicenseOurLove actions on Valentine's Day (during National Freedom to Marry Week). The purpose of this program was to raise awareness of the importance of marriage equality.

In states that lacked the freedom to marry, same-sex couples put a human face to their struggle by requesting a marriage license from their county clerk.

Once marriage equality was won in a state, individuals and organizations participated in a variety of events to demonstrate their solidarity with same-sex couples living in states where they could not yet license their love.

The #LicenseOurLove program showed that our fight would continue until everyone could marry the person they loved - no matter where they lived, worked or traveled!

Each #LicenseOurLove action was simple yet profound. It could be done with as few as 2 people and organized in any locale in the nation. In states without marriage equality, nothing better highlighted the state-sanctioned discrimination against same-sex couples than having them, often with children or grandchildren in tow, turned away from the marriage counter that served every other heterosexual couple that approached – no questions asked.

For more history and visit the events legacy site at licenseourlove.org