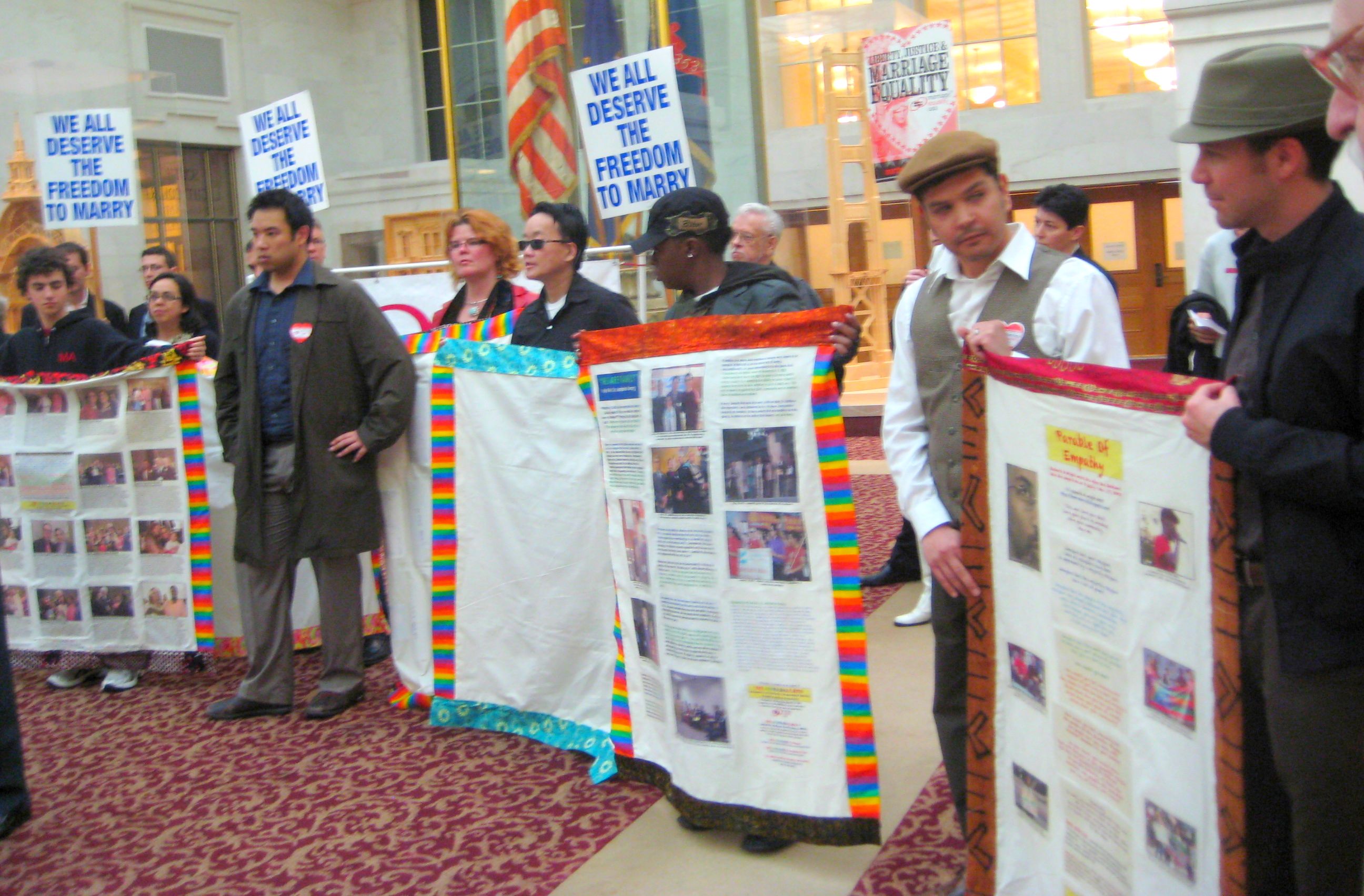 The Quilt continued to evolve and eventually included a Loving Quilt On-Site SOLIDARITY Quilt creation,"Do I Look Illegal?" A Loving Quilt panel and digital quilt was developed in solidarity with people everywhere who experienced racial profiling, racist and anti-immigrant harassment and criminalization that kept us from having our families reflected, respected and protected. Scott-Chung combined work she was doing with StoryCorps and some of that work was incorporated into The Loving Quilt 2010.

Marriage Equality USA is working to digitalize the Loving Quilt so that individual panels may be viewed here.