Marriage Equality Is a Family Tradition 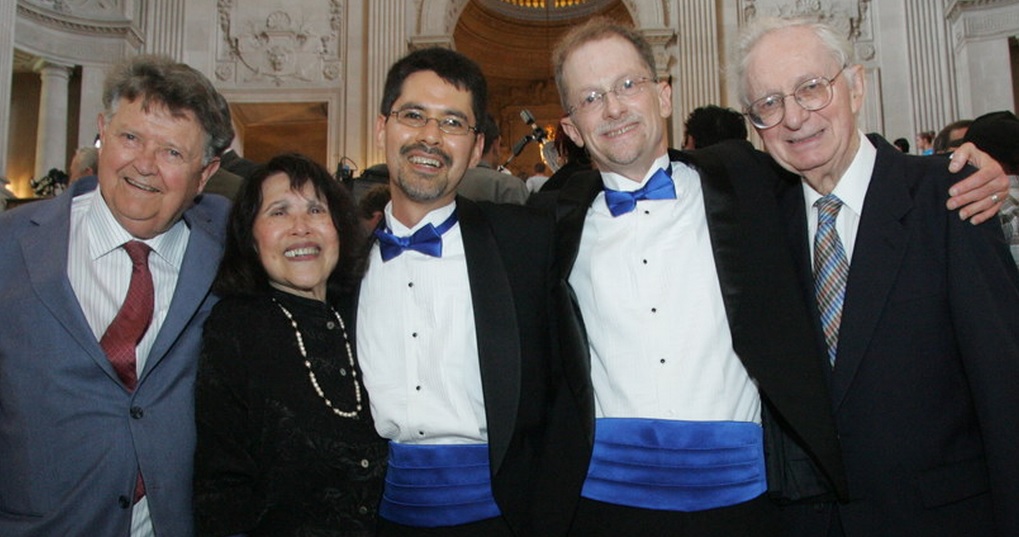 My mother, who is Chinese American, was only able to marry my father, who is English and Irish American, because in 1948 the California Supreme Court became the first state supreme court in the nation to overturn a ban on interracial couples marrying. My mother still remembers the day when one of her friends in the Chinese Students Club at U.C. Berkeley had to leave the state to marry her white fiancée a few years before the Court’s decision. My mom's friend literally had to run from the law to marry the person she loved, simply because they were of different races.

In its historic 1948 decision, Perez v. Sharp, the California Supreme Court held that each citizen’s fundamental constitutional right to marry was really no right at all, unless it meant the freedom to “marry the person of one’s choice.” My parents married in the International House at Berkeley, the very same place they'd met. But as they moved to other states, they found that each state’s laws treated their marriage differently simply because of their races. While looking for a house in Missouri, they learned that Missouri law prohibited marriage between whites and “negroes” or “Mongolians,” the term then used for most Asian Americans.

When I was growing up, my parents didn't discuss these discriminatory laws over the dinner table. But it wasn’t until 1967 that the US Supreme Court overturned all such laws nationwide in the landmark Loving v. Virginia case. The court declared marriage is one of the “basic rights of man.”

My mother, John, and I flew to Washington, DC together as a family for events commemorating the 40th anniversary of the Loving decision. My mother spoke out at the Capitol for the rights of all loving couples to wed, including her own son and son-in-law. Mildred Loving, who brought the historic lawsuit before the United States Supreme Court, stated that “I believe all Americans, no matter their race, no matter their sex, no matter their sexual orientation, should have that same freedom to marry.”

When John and I were able to legally marry in 2008, surrounded by our family and friends, it was a dream come true. As we exchanged vows and were pronounced spouses for life, we felt that for the first time in our lives that our government was treating us equally under the law, and treating our relationship with full dignity and respect. The day was so transformative that we have committed to do everything we can to secure the freedom to marry for all.

Having my mom and dad there beside us, witnessing the next generation in our family achieving marriage equality, was the best wedding gift of all. Marriage equality is a family tradition.

Stuart Gaffney is the MEUSA Communications Director, and his husband John Lewis is the MEUSA Director of Legal & Policy.

The photo displayed is from Stuart and John's legal wedding in June 2013, following the SOCTUS decision that upheld a lower court's ruling that Proposition 8 was unconstitutional, thus renewing marriage equality in California. The couple is shown here with their respective parents in the rotunda of San Francisco City Hall.