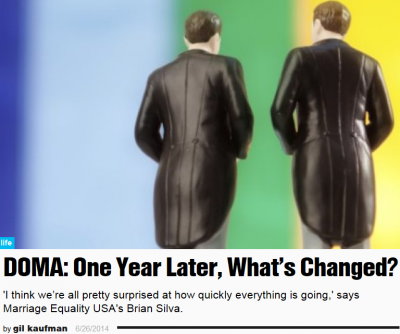 “It’s been a really successful and positive path since that decision [Windsor v. United States],” said Brian Silva, executive director of Marriage Equality USA. “We’ve seen a continued rise in polls in terms of people supporting marriage, across all demos: age, race, gender, religion, political affiliation. There’s also more and more Republican support for the issue and, in a similar but important difference, even folks who are not necessarily at the point where they’re saying yes to marriage equality, their opposition to marriage equality and acceptance of the fact that it’s coming has increased.”