Far more often than not, those who are capable of multi-tasking are mutually exclusive from those who are multi-talented. The former implies an ability to do several things at a time, if imperfectly, while the latter implies the ability to master more than one discipline. Every once in a while, an organization is fortunate enough to stumble across someone who is proficient at both. For MEUSA, that “someone” is volunteer, board member and Communications Director Stuart Gaffney. 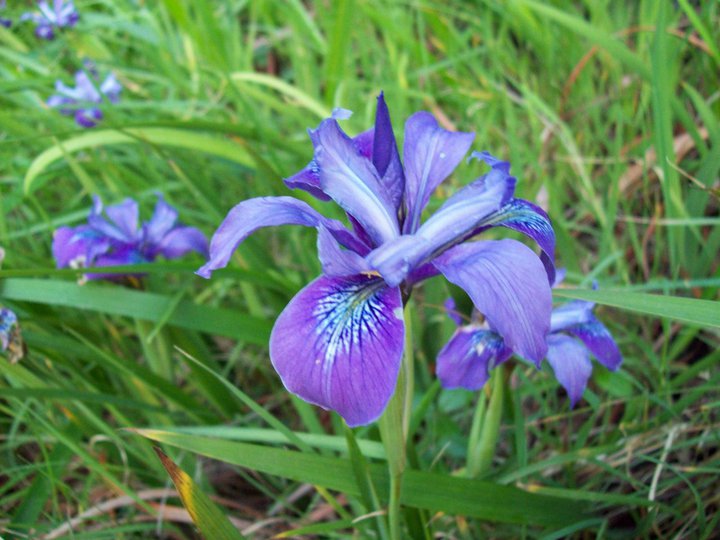 A full-time policy analyst at the Center for AIDS Prevention Studies at the University of California, San Francisco, Stuart manages to find time not just to be an equally full-time marriage equality advocate but also a regular contributor to social media and newspapers, a recognized nature photographer, a filmmaker, committed husband to MEUSA board member and Legal & Policy Director John Lewis and a source of support to his extended family. “I am always amazed by Stuart’s ability to balance a full-time ‘day job,’ commute, travel, be involved with his husband and family, and do the incredible amount of quality, high-profile activism he does,” says MEUSA IT Director Christine Allen. “His consistent courtesy and diplomacy truly helped create a productive work environment in circumstances that were often stressful,” she says of Stuart’s leadership roles at MEUSA. 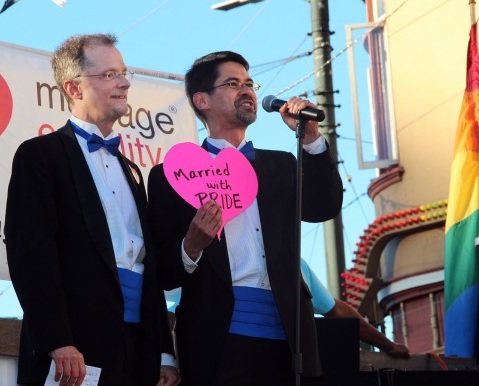 Molly McKay Williams, former Executive Director of Marriage Equality California and Media Director and board member of MEUSA, adds, “Stuart is a calm, positive, poised presence in the midst of the chaotic ups and downs of the marriage equality movement. He is dauntless and never shows signs of fatigue – getting up at 5 a.m. for a 6 a.m. live interview, holding vigil for [legal] decisions day after day, staying up until after midnight to co-host a community rally and handling a live 11 p.m. news segment that same evening - looking happy and being articulate throughout.” “Plus,” she concludes, “He always has the perfect distilled, poetic quote for each moment, one that reflects MEUSA’s values of love and commitment.”

Yet as easy as he might make it look, Stuart is blunt about the inner angst he encounters when representing the marriage equality movement on live television. “There is nothing more nerve-wracking than being on live TV -- no mistakes, no do-overs, no time to say ‘um’ or ‘could you repeat the question?’ Whenever I see one of our MEUSA spokespeople on live TV I feel a lot of respect and pride -- and also butterflies in my stomach,” he says.

Notwithstanding such jitters, current MEUSA Executive Director Brian Silva attributes Stuart’s eloquent advocacy to his long-term commitment to the marriage equality movement. “Stuart is truly one of the pioneers of the marriage movement,” says Brian. “There are very few people who I have worked with that have his level of knowledge and passion for this work. Our entire community owes him, and his husband John Lewis, a debt of gratitude.” 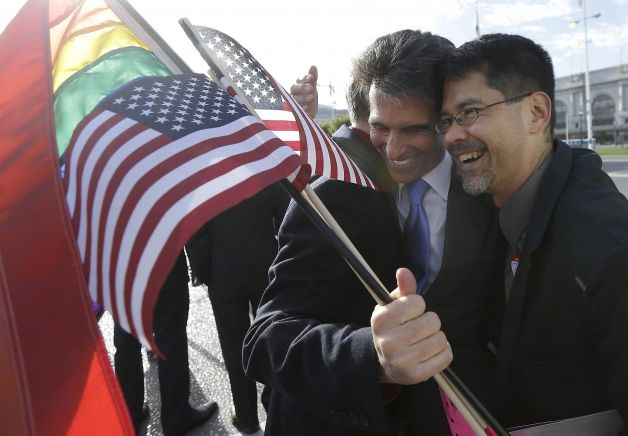 Stuart’s involvement in the marriage equality movement dates back to 2004 when he and his husband, John, were among the first to be married by Mayor Gavin Newsom during the brief interlude when San Francisco City Hall issued marriage licenses to same-gender couples. Stuart recalls the series of fast-moving events that would catapult the couple to the front of the movement for marriage equality. “After we got married in San Francisco City Hall, we were preparing for an already-planned weekend away in the Monterey/Carmel area -- so we thought to ourselves how convenient it was that our honeymoon was already planned! But upon reflection, we realized that it would be no honeymoon at all if we went away for the weekend only to find upon our return that a court had stopped the marriages -- so we cancelled our plans, and spent our honeymoon weekend in the law offices of the ACLU writing our declaration in what would eventually lead us to joining the California case for marriage equality as one of the plaintiff couples -- this was truly the best honeymoon of all.” 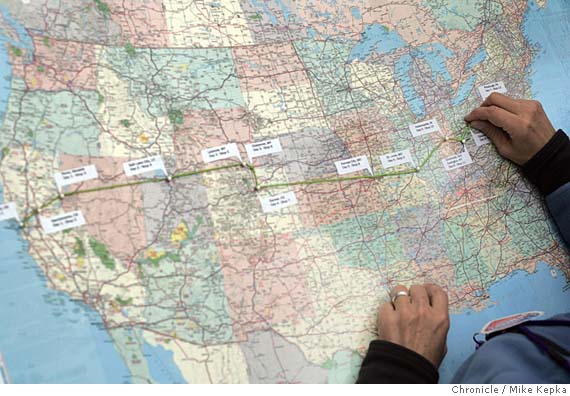 Following the letdown of the California Supreme Court’s August 2004 decision to vacate the early marriage licenses issued in San Francisco, Stuart and John became full-fledged marriage equality advocates with MECA (Marriage Equality California). “We joined the Marriage Equality Caravan and journeyed together on a wild bus ride from coast-to-coast, holding events and rallies in places as diverse as Reno, Cheyenne, Indianapolis, Akron, and Washington DC just to name a few,” he recalls. “At that time, it seemed like many parts of the country had never thought about - much less seen such a thing - a busload of married, same-gender couples pulling into town. And in some of the states we visited, we were asked to keep quiet, not to say the word marriage, or even to drive around their state if possible. But by telling our stories wherever we went, we saw how love was a universal language that could truly reach hearts and minds everywhere.”

Looking back on his involvement with MEUSA since Marriage Equality California merged with the national organization MEUSA in April 2006, Stuart says, “The most gratifying part of working with MEUSA in general, in communications in particular, has been hearing the real stories about why marriage equality matters to life. One of the happiest moments was when a U.S. Senator reached out to MEUSA to put together testimony that would be part of the case to repeal DOMA. Our MEUSA members opened their hearts and told the truth of their lives, and together our Communications team wove those stories into a compelling case against marriage discrimination.” 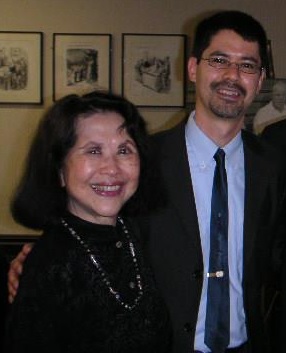 It is also noteworthy that being gay and wanting to marry his same-gender partner was not the only draw to Stuart’s marriage equality activism. “My parents were an interracial couple,” says Stuart of his Chinese-American mother and European-American father. His mother was a student at UC Berkeley during World War II, a time when it would have been illegal for her to marry his father. “She remembers it was routine for members of the Chinese Student’s club to leave the state if they fell in love with someone of a different race and wanted to marry. Luckily, in 1948, the California Supreme Court was the first in the nation to overturn a state ban on interracial marriage, based on the freedom to marry the ‘person of one's choice.’”

But, Stuart notes, “As my parents raised a family, they moved around the country and found that our family had a different legal status in every state. In Missouri, they learned their marriage was legally ‘null and void.’ This was something I never wanted to have in common with my parents, but John and I heard those same words when our first marriage in San Francisco City Hall was invalidated. Luckily for my parents, in 1967, the U.S. Supreme Court made their marriage legal in all 50 states. In 2008, having my Mom and Dad witness the next generation in our family getting legally married was one of the highlights of our wedding day.” 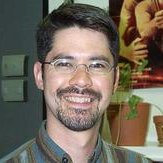 Stuart says he sees an intersection between his long-term HIV/AIDS activism and marriage equality advocacy. “I have been an activist with ACTUP and a filmmaker documenting HIV/AIDS stories. I have always felt that working in HIV prevention and marriage equality were two parts of the same calling but, perhaps, Justice Kennedy said it best when writing in the Obergefell decision: ‘Marriage responds to the universal fear that a lonely person might call out only to find no one there.’ In working for marriage equality and to end the epidemic, we are responding to that call -- no one is alone, because we are all here for each other.”

Looking forward, Stuart anticipates advocating for marriage equality worldwide with his husband John rather than enjoying a well-earned respite from activism. “John and I are lifelong activists. We met at an election house party and our first date was to the candidates' debate.” (As an aside, he adds, “You know it's true love when you both want to go the candidates' debate - and also that you won't cancel out each other's votes!”) “Over our 28 years together, we have worked on many causes including HIV/AIDS activism, women's rights, immigration rights, the peace movement, and full LGBTQ equality, just to name a few. We signed up for life - both to each other, and with the movement.” 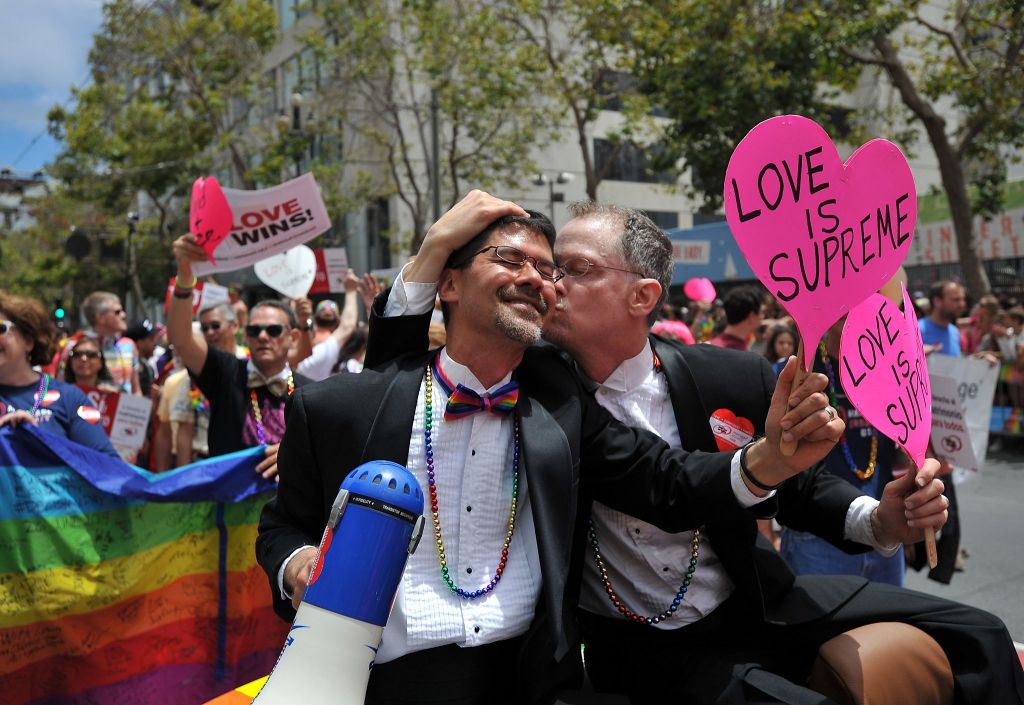 Allowing himself a few moments to reflect on his and John’s contributions to making nationwide marriage equality a reality in the US, Stuart says, “We helped build the grassroots movement that meant we didn't have to be a checkerboard of equality and inequality states but a true national movement for greater freedom and equality everywhere. How amazing to think that just over a decade later we have marriage equality in all 50 states -- we finally got our happy ending.”