The Past is Never Dead 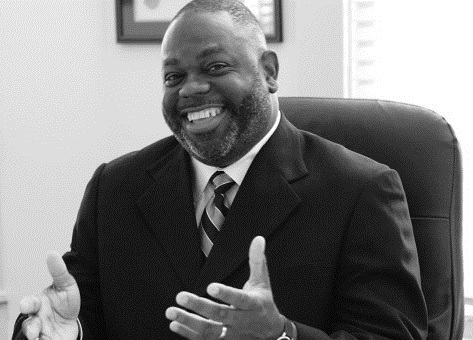 Federal Judge Carlton W. Reeves in his eloquent opinion striking down Mississippi’s marriage equality ban noted William Faulkner’s famous observation: “The past is never dead. It’s not even past.” Judge Reeves then went on to apply his in-depth knowledge of the history of prejudice against LGBT Americans to support his holding that Mississippi’s marriage ban violates the U.S. Constitution.

Judge Reeves focused particularly on discrimination during the 1960s civil rights movement to illuminate “the long tradition of Americans from all walks of life uniting to discriminate against homosexuals. It did not matter if one was liberal or conservative, segregationist or civil rights leader, Democrat or Republican; homosexuals were ‘the other.’” Judge Reeves highlighted especially the struggle of Bayard Rustin:

Another person targeted for his homosexuality was longtime civil rights organizer Bayard Rustin. Rustin, an African American, had been active in the Communist movement, was a conscious objector to World War II, and helped guide the Montgomery bus boycott – all of which made him suspect. When he drew attention in Mississippi, the Clarion-Ledger called him a “sex criminal” owing to a 1953 conviction for being caught in a gay sex encounter in California.

The most interesting part of Rustin’s story, though—and the reason why he merits more discussion here—is that he was subjected to anti-gay discrimination by both white and black people, majority and minority alike.

Congressman Adam Clayton Powell, a black Democrat, threatened to feed the media a false story that Rustin was having an affair with Martin Luther King, Jr., unless Dr. King canceled a protest at the Democratic National Convention. “The mere assertion would be extremely damaging.” “King, however, held steady, and vowed that the picketing would go on as planned, which it did.” Other persons within the civil rights movement were similarly “put off by Rustin’s homosexuality.” Roy Wilkins, an NAACP executive, “was particularly nasty to Bayard Rustin—very hostile,” in part because he “was very nervous about Bayard’s homosexuality.” Dr. King eventually had Rustin resign “because of persistent criticism of Rustin’s homosexuality and Communist ties and because of Congressman Adam Clayton Powell’s threat.”

Rustin reemerged years later as one of the principal organizers of the March on Washington for Jobs and Freedom. A. Philip Randolph and Dr. King wanted Rustin as the march’s chief organizer, but Wilkins pushed back “because [Rustin] was gay…something which in particular would offend J. Edgar Hoover.” The group ultimately “decided Randolph would be in charge of the march, that Rustin would be the principal organizer, but that he would stay somewhat in the background.”

The concern about offending Hoover was prescient, as the FBI Director and other top officials soon moved to use Rustin’s homosexuality against him. In August 1963, FBI Director J. Edgar Hoover, Attorney General Robert F. Kennedy, and President John F. Kennedy urgently reviewed the transcript of an FBI wiretap in which Dr. King acknowledged Rustin’s homosexuality. A day later, Senator Strom Thurmond of South Carolina “rose in the Senate to denounce Rustin for sexual perversion, vagrancy, and lewdness.” FBI “headquarters badgered the field offices for new details” of Rustin’s sex life for months.

In November 2013, President Obama bestowed the nation’s highest civilian honor, the Presidential Medal of Freedom, on Bayard Rustin posthumously. In November 2014, the struggle Rustin endured fifty years ago contributed to Judge Reeves’ advancing marriage equality for LGBT Americans today. Indeed: “The past is never dead. It’s not even past.”

John Lewis and Stuart Gaffney, together for nearly three decades, were plaintiffs in the California case for equal marriage rights decided by the California Supreme Court in 2008. They are leaders in the nationwide grassroots organization Marriage Equality USA