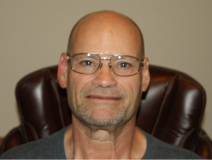 Mark Cross became involved with marriage equality after Prop 8 passed in California. He was one of the founding members and a board member of Long Beach Equality in November 2008.  Mark was active in Restore Equality 2010 and has been working with Marriage Equality USA since 2010.

In addition to helping represent the Los Angeles County Chapter, Mark currently does data work for the national organization’s phone banking campaigns and converts data collected by other leaders for upload. Mark’s hobbies when not working on marriage equality include working with computers and websites.