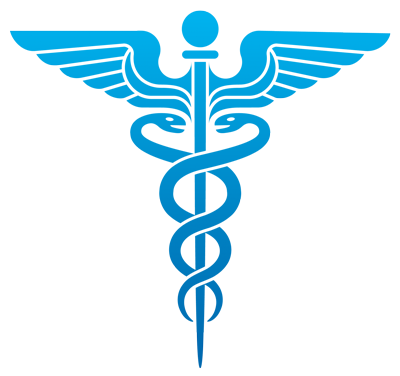 The National Library of Medicine scientific research publications all confirm that sexual orientation is natural, biologically induced in the first trimester of pregnancy, morally neutral, immutable, neither contagious nor learned, bearing no relation to an individual’s ability to form deep and lasting relationships, to parent children, to work, or to contribute to society.

Even the American Academy of Anthropology has issued a policy statement that says access to civil marriage by same-sex couples will not harm our social order. Visit the websites of these non-partisan, national professional and certifying associations for their policy statements.

If we don't listen to professional experts on national family health and welfare, then we are simply voting our religious beliefs or personal bias into state and federal laws, and harming the families of gay and lesbian couples, especially those with children.

Children of same-sex couples fare better when it comes to physical health and social well-being than children in the general population, according to researchers at the University of Melbourne in Australia. This cross-sectional study of children raised by gay couples is the largest of its kind.

A report published by the American Academy of Pediatrics that analyzed three decades of data, showed that children raised by gay and lesbian parents showed resilience “with regard to social, psychological and sexual health despite economic and legal disparities and social stigma.”

6 December 2012 Patterns and Predictors of Disclosure of Sexual Orientation to Healthcare Providers among Lesbians, Gay Men, and Bisexuals - The Williams Institute

This 26-year study shows that the teens who were studied have close friendships and consider their mothers to be good role models. They are academically successful and happy with their lives. The 17-year-olds participating in the longest-running study of lesbian families had high school GPAs in the A- to B+ range, and nearly all planned to attend four-year colleges. These adolescents had strong family bonds, and they were nearly unanimous in describing their mothers as good role models.

This study, published in the American Journal of Public Health, found that psychological distress is lower among lesbian, gay and bisexual individuals who are legally married to a person of the same sex, compared with those not in legally recognized unions, according to a new study led by Richard G. Wight from the UCLA Fielding School of Public Health and the Williams Institute.

A study of young children of first-time adoptive parents found that the children of same-gender parents were less gender stereotyped in their play behavior than the children of heterosexual parents, which may translate to strengths that aid them later in life, according to new research funded by the Williams Institute.

According to a new study (June 2012) from the Williams Institute, the absence of male role models did not adversely affect the psychological adjustment of 17-year-old teens raised in lesbian-headed households. “This study is part of a growing body of research that evinces the positive psychological well-being of children reared in planned lesbian families,” said the study’s co-author Nanette Gartrell, MD, Visiting Distinguished Scholar at the Williams Institute.

This article regarding studies led by Andrea Camperio Ciani at the University of Padova in Italy and others was written by Natalie Wolchover and published in the Huffington Post on 13 June 2012.

Health and Human Services Secretary Sibelius made this speech on 21 May 2012 in Geneva Switzerland at the 65th World Health Assembly "Breaking Down Barriers: Addressing Stigma and Discrimination in Health Care for LGBT Persons."

Stress and Mental Health Among Midlife and Older Gay-Identified Men

This study published in the Amercian Journal of Public Health in March 2012 concluded that: "Sexual minority and aging-related stress significantly affected the emotional lives of these men. Personal sense of mastery may help to sustain them as they age. We observed specific mental health benefits of same-sex legal marriage."

This study published in the American Journal of Public Health in February 2012 concluded that: "Policies that confer protections to same-sex couples may be effective in reducing health care use and costs among sexual minority men."

This article by William C. Buffie, M.D. published in the June 2011 issue of the American Journal of Public Health is also posted by the National Center for Biotechnology. The article concludes that, "Legislation to make marriage equality a reality will change, and save, lives."

This policy, adopted in July 2004, concludes that: "Overall, results of research suggest that the development, adjustment, and well-being of children with lesbian and gay parents do not differ markedly from that of children with heterosexual parents." Therefore, the resolution includes this statement: "...the APA opposes any discrimination based on sexual orientation in matters of adoption, child custody and visitation, foster care, and reproductive health services;"

One of the significant findings of the extensive research the Williams Institute has done regarding same-sex couples living in the U.S. is: "The Defense of Marriage Act (DOMA) [had] serious financial, legal, social and health consequences for same-sex couples and their families."