Advance Screenings of LOVE IS STRANGE 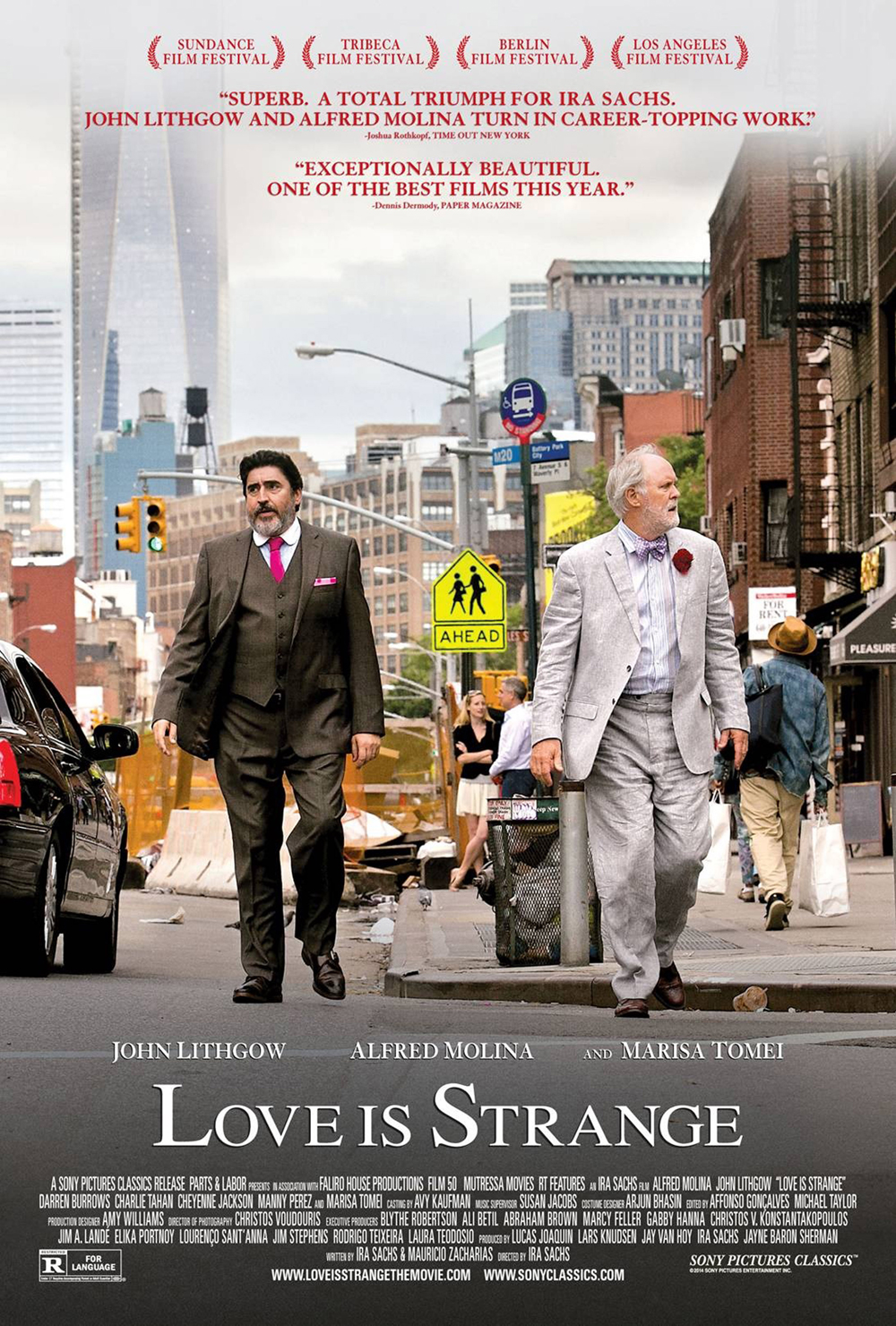 Marriage Equality USA and Sony Pictures Classics invite you and a guest to join us at an advance screening of Love is Strange, the groundbreaking new film by Ira Sachs! Find your local screening and RSVP below.

Love is Strange stars John Lithgow and Alfred Molina as a long-term gay couple who lose both a job and their apartment as a result of getting married. Already featured on The View, The Tonight Show, and in major magazines including Vanity Fair and Out, the film is poised to be a breakout commercial success, as well as an important new talking point for audiences and voters across the country, letting many see for the first time in film in an intimate way what a real “same-sex marriage” looks like.

After nearly four decades together, Ben (John Lithgow) and George (Alfred Molina) finally tie the knot in an idyllic wedding ceremony in lower Manhattan. But when George loses his job soon after, the couple must sell their apartment and – victims of the relentless New York City real estate market – temporarily live apart until they can find an affordable new home. While George moves in with two gay cops who live downstairs (Cheyenne Jackson and Manny Perez), Ben lands in Brooklyn with his nephew (Darren Burrows), his daughter-in-law (Marisa Tomei), and their temperamental teenage son (Charlie Tahan), with whom Ben shares a bunk bed. While struggling with the pain of separation, Ben and George are further challenged by the intergenerational tensions and capricious family dynamics of their new living arrangements.

Directed by 2014 NewFest Visionary Award-winner Ira Sachs (Keep the Lights On, Forty Shades of Blue), Love is Strange blends the romance of New York City’s streets and skyline with a delicate Chopin piano score to poignantly capture both the lightness and sorrows of this modern-day love story.

If you can't join us at the screening, Love is Strange will be in select theaters beginning August 22. Check your local listings.