For My Friend Darron 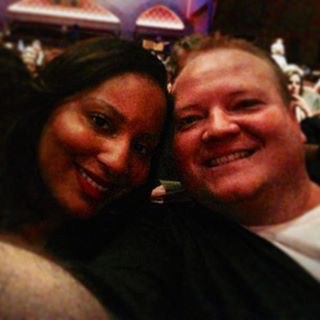 I am not sure if I would be here talking about marriage for same-sex couples if I had not known my friend Darron for the last 15 years.

We met at a restaurant where we both worked while supporting ourselves through college. Darron is one of the most giving and forgiving people I have ever met. I saw him bend over backwards to help people, including family members who did not always do the same for him. Darron is just the kind of person who if you meet him, you love him.

Over time, I watched Darron manage to become comfortable in his gay identity. This was a tough feat for him because he came from a religious family who would have preferred to keep his sexuality a secret. He finally had everyone in his life accepting him for who he was and he had achieved a perfect balance between keeping his family comfortable and still being able to be himself. Life was good and we graduated, and he went on to become a nurse practitioner - a great field for him given his caring nature. The only thing missing was him finding the love of his life, which he always talked about. I could easily see him married as he had always been marriage-minded and was a loyal person.

About six years ago, I was so excited for him that he met Rich; they have been committed to each other ever since. Since then I have watched him endure again having to go the extra mile to work around other people’s discomfort with who he was. This time, he was trying to meet his personal goals of marriage, while having to work around legal obstacles.

For example, I watched he and his partner struggle to buy a house together, having to obtain expensive lawyers to craft paperwork that gives equal ownership of a house to two people who are not married, all the while knowing that if they could just be married the road to purchasing would already be paved for them. Darron and Rich have also had to struggle with other legal and personal liberties that most citizens take for granted, like putting each other on their health insurance, estate planning to leave financial security for each other through life insurance, and the list goes on. It breaks my heart to see Darron and Rich, who have been in a stable and productive relationship for the last seven years, be denied the marriage they so deserve. 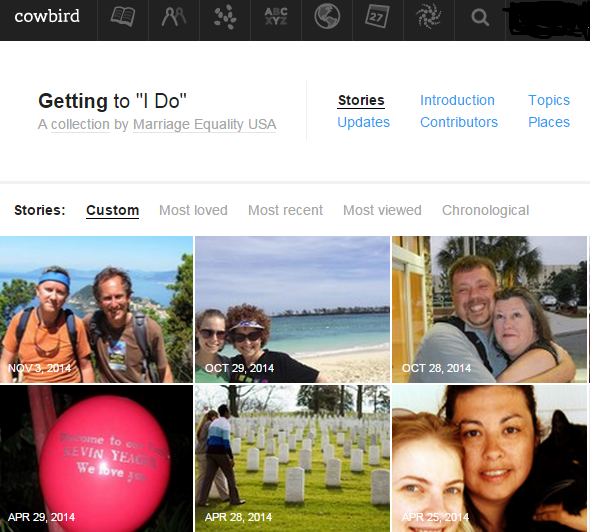 Sometimes I get asked why I care so much about the freedom to marry for same-sex couples, when it does not directly affect me as a heterosexual woman. My personal motto has always been that you don’t have to be one to stand with one. From my work as a certified Franklin Covey diversity trainer, I learned that when a person is excluded, it makes them feel invisible. And we human beings have a basic need to be seen and counted by our peers.

I am grateful I did this with Darron and am excited to report that just as I was finishing this story, Darron and Rich got engaged! I look forward to the day that I can attend their wedding and celebrate with them!

First photo: Renitta and Darron
Second photo: MEUSA's Getting to I Do program on Cowbird - click image to learn about the program and to share your story!

georgia Renitta Darron Atlanta allies getting to i do