It is not often we see into the personal lives and intimate relationships of people regarded as leaders in our movement. This is definitely not "reality TV!" We acknowledge and thank Jonathan Warnock and his fiancé, Brian Silva, for their time and their honesty. Thank you for sharing with us this very special time in your lives. Our congratulations to you both - all best wishes!

On Friday, 26 June 2015, the Supreme Court of the United States issued its landmark marriage decision just after 10:00 a.m. ET. The phone in Brian Silva's and Jonathan Warnock's New York City home immediately began ringing non-stop. The callers were media representatives seeking responses to the historic ruling. Brian, Executive Director of Marriage Equality USA, and Jonathan, his partner of nine years, clicked into the high-profile, high-speed mode that has often been their lifestyle over the past three years that Brian has been MEUSA's Executive Director.

Late that evening, the two men were in a taxi rushing from the historic Stonewall Inn, where Brian had co-hosted a celebratory rally, to the NYC Pride Rally where Brian had also been asked to speak. As the cab pulled up in front of the Pier 26, Jonathan turned to Brian and, reaching into his pocket, said, "Wait! I have something for you." Brian says he knew at that moment. He just knew. And the cab driver turned around and barked, "That'll be $6.25!" So, went the romantic marriage proposal that Jonathan managed to fit into a day of nationwide jubilation. 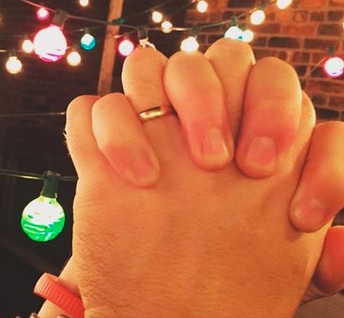 Although the couple had talked about marriage, and had decided to wait until marriage equality was fully legal nationwide, the proposal wasn't planned - on the day of the significant marriage victory Jonathan just knew the time was right. He presented Brian with his grandfather's gold ring and Brian's response was a resounding "yes!" They decided to wait until the day's festivities were complete before sharing their news with their families and making the engagement public.

Jonathan grew up in North Carolina; Brian in California. After working in Washington DC for a number of years, Jonathan made a work-related transfer to New York City. Brian had worked and traveled before choosing to relocate to NYC to work and continue his education. The two met on Friendster over nine years ago. Jonathan was instantly attracted to Brian's smile and Brian was drawn to Jonathan's kindness and humor. Due to Brian's work and school schedule the men actually communicated for 6 months before meeting in person. And, as is often said, "The rest is history."

The men are different in ways that complement each other. Jonathan says, "Our contrasts are the things I like best." Jonathan tends to be more of an introvert, while Brian is very social. They share a love of food and travel and both men make their relationships with family and friends a priority. Jonathan shares his love of theatre, art, music, and movies. Brian nurtures what he refers to as Jonathan's "inner advocate" and brings added spontaneity to the relationship. Jonathan has interests spanning the entertainment industry and technology's impact on society. Brian is passionate about human rights, politics, current events, and the outdoors.

Both men spent several of their personal earlier years dealing with the coming out process with their respective families. Today, they are each actively supported by their families, as individual gay men and in their relationship. Both families were "thrilled" to hear of the engagement and were able to be in New York City to celebrate with the happy couple. 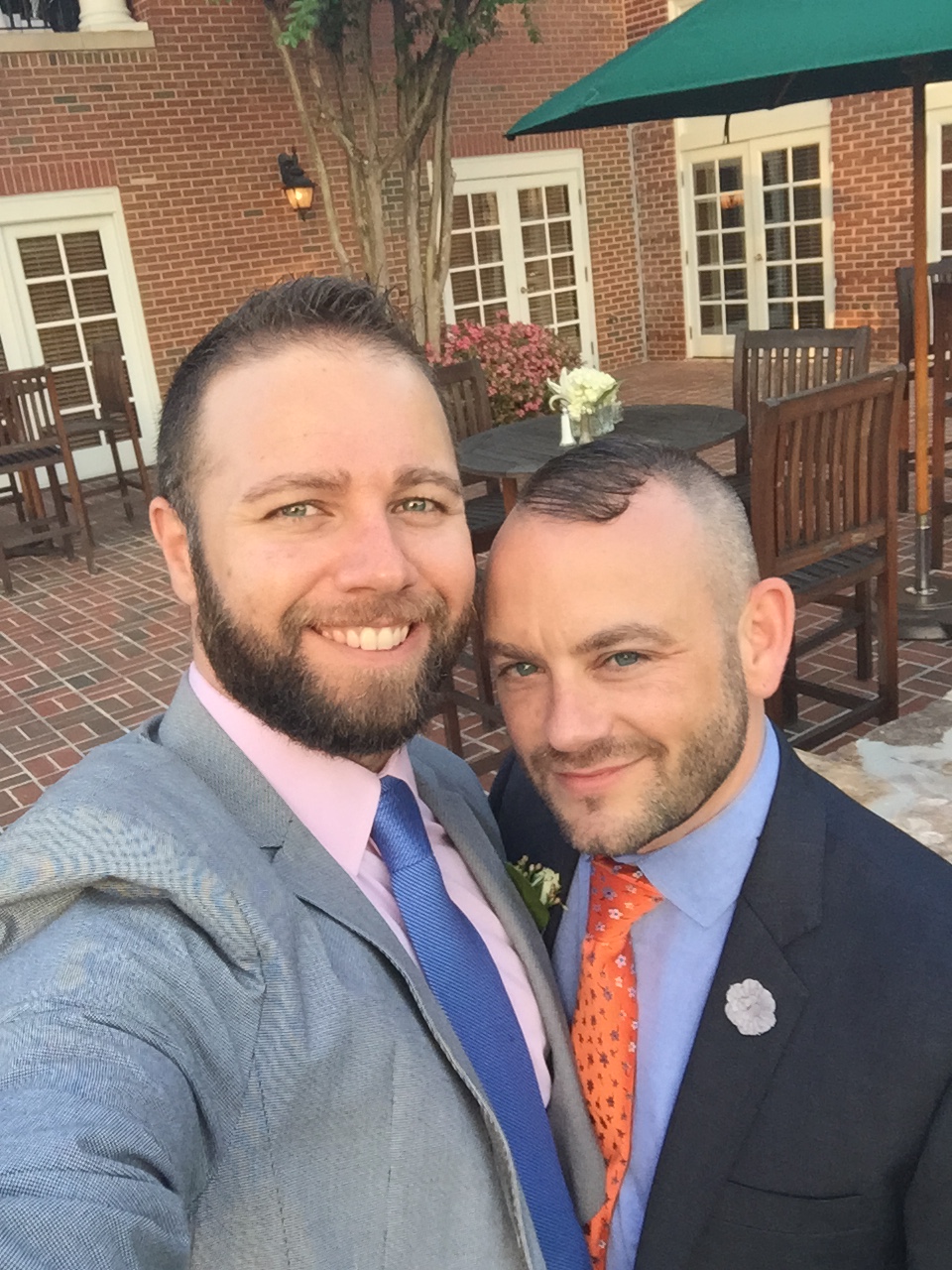 As many of us know through our own marriage equality activism and work with other causes, it is not easy to be in a relationship with an activist or a person who has a high profile in the public eye. It's always fascinating to talk with couples about how they deal with these factors. One of the tried and true tools that many couples have shared is that of a "date night." Brian says that twice a month he and Jonathan block an evening with no work, no calls or meetings. He explains, "Sometimes it's dinner, sometimes it's just catching up at home. But it's time just for the two of us to reconnect and spend together." Jonathan acknowledges that handling the stress of Brian's position has taken "lots of patience, communication and compromise."

And, the mutual support crucial to a healthy relationship is definitely a two-way street. Jonathan recently transitioned away from a 15-year career in the media industry and co-founded a technology start-up. He is reminded of what he watched Brian go through when Brian became involved with MENY (Marriage Equality New York) and MENY then consolidated with MEUSA (Marriage Equality USA). Jonathan says Brian has "been a wonderful resource for me and actually has a lot of insight with his experience and has helped guide me, and keep me calm, on this new journey."

Brian shares that Jonathan has been his "biggest cheerleader" as ED of MEUSA. "For MEUSA he has done everything from phone banks and canvassing to raising money." "Doing this work with him by my side makes the struggles and hard days a little easier."

Jonathan has no problem with Brian being in the public eye. When asked if that has been difficult, he responds, "Not at all. He makes me proud, and when the public is able to celebrate in that pride, it makes all of this that much better!" 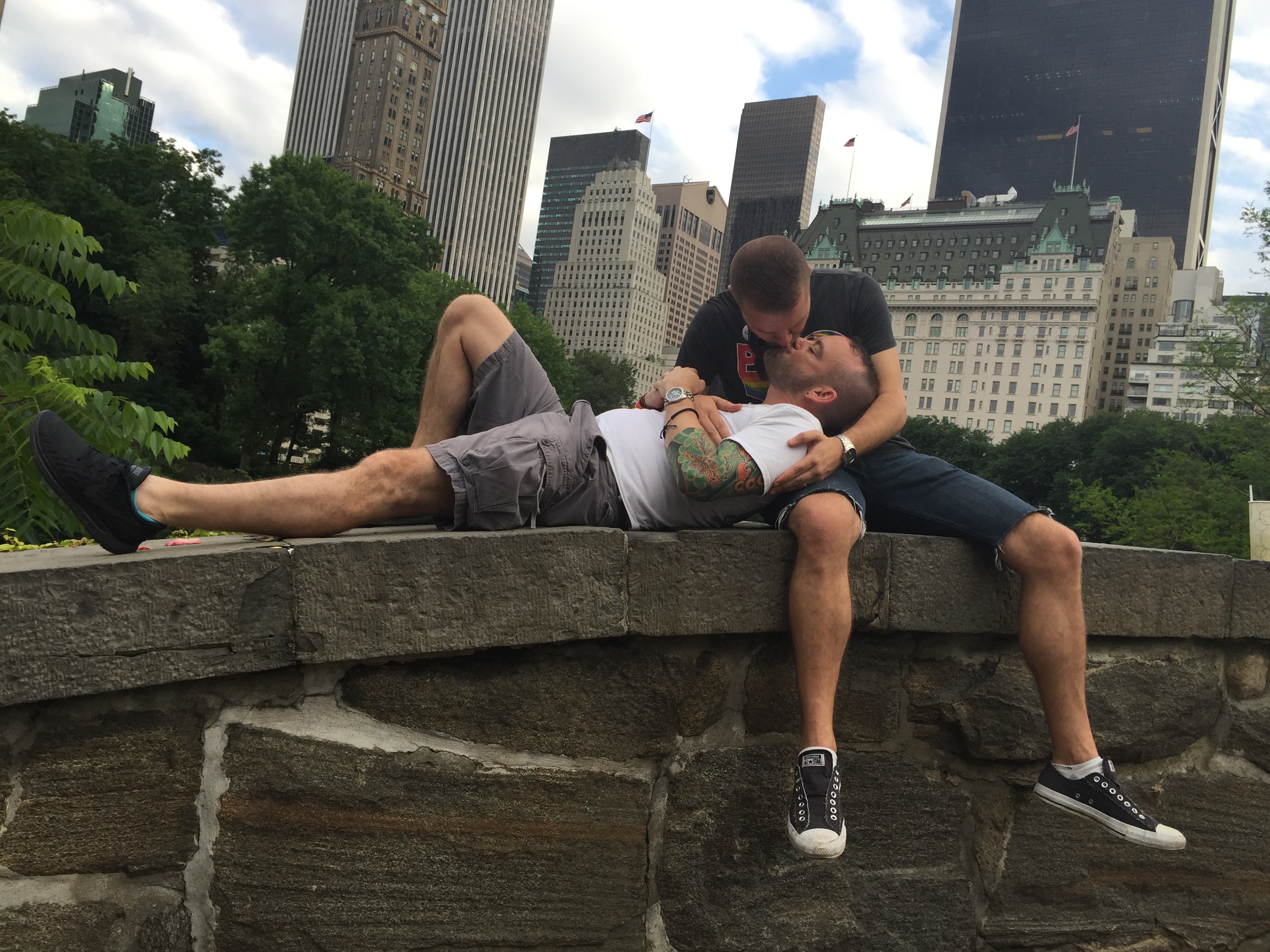 Both men talk about being in love with each other since they were first together. When asked about what they look forward to when they think of spending their lives together and growing old together, Jonathan says, "He always makes me laugh, even when I don't want to." And Brian concludes, "All the memories we still have to create together. It's all the unexpected moments we will experience, the ones we can't anticipate, that make me the most excited!"

All photos from the private collection of Brian Silva and Jonathan Warnock.