When asked if the vote in Ireland might have any effect on the outcome at SCOTUS here in the U.S., Silva responded, "Every win helps to build a stronger case for states here; for other countries in the world."

Talking about Ireland's history and tradition of Catholicism, Silva noted, "What we're showing is that people can still have their faith and be strong in it, but you can also have a country that treats people equally. Those two things are not mutually exclusive, they don't have to be in opposition." 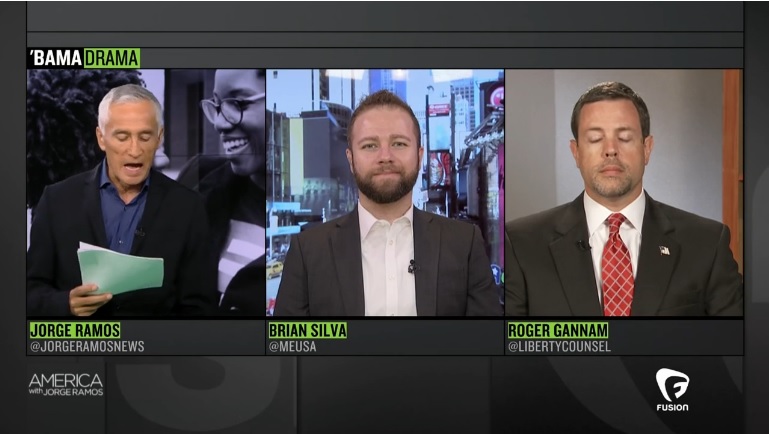 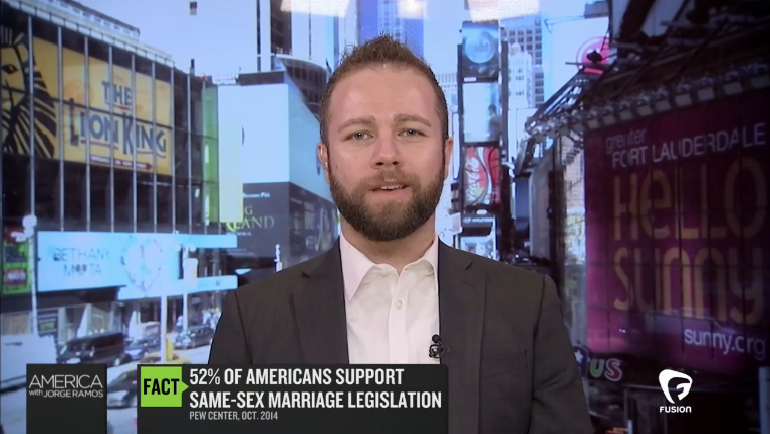 Fusion is a multi-platform media company that serves ​​​a​ young, diverse, and inclusive ​​millennial generation across its television and digital platforms​ (fusion.net).

"Setting the stage for a potentially historic ruling, the Supreme Court says it will decide whether same-sex couples nationwide have a right to marry under the Constitution."

Edie Windsor (Part 3) - A Love Affair With the Gay Community

In the final segment of MEUSA’s interview with Edie Windsor, Edie recalls the real-life consequences of being denied the right to marry and her transition from a community outsider to advocate. From legal obstacles during her 40+ year relationship with Thea Spyer to a whopping tax bill of approximately half a million dollars after Thea’s death to her embrace of “those queens” she saw marching at her first pride parade, Edie’s journey embodies the transformation of gay and lesbian Americans over the last half-century.

Missed the first two? Check out Part 1 and Part 2!

In part two of MEUSA's three-part interview with Edie Windsor, Edie recounts the struggles of gay life before Stonewall and her persistence pursuing her eventual wife, Thea Spyer.

One year ago, Windsor v. United States became one of the most important court cases for the lesbian, gay, bisexual, transgender and queer (LGBTQ) community. Since then, every single one of the 13 court cases striking down same-sex marriage bans has used the Windsor decision at the core of their legal decision.

All this began when a now famous Marriage Equality New York (now MEUSA) volunteer decided she wouldn't take "no" for an answer. We all owe a huge debt of gratitude to Edie Windsor - and her late wife Thea - for standing up for all of us. In celebration of the one-year anniversary of the Windsor decision and in appreciation for all of your support for Edie, Thea, MENY, MEUSA and the entire marriage equality movement, today we launch our first in a series of intimate MEUSA interviews with Edie.

MEUSA is proud to announce our award-winning PSA is being featured on LogoTV! Set to Jen Foster's dance anthem "She," the original YouTube video has been viewed almost a half-million times online. Now with the reach of LogoTV, millions more will see the message of universal love and marriage equality!

Brian Silva of Marriage Equality USA was on MSNBC's Hardball discussing the growing support for marriage equality and the decision before the Supreme Court as they hear challenges to Prop 8 and the Defense of Marriage Act (DOMA).