A Decision for the Ages 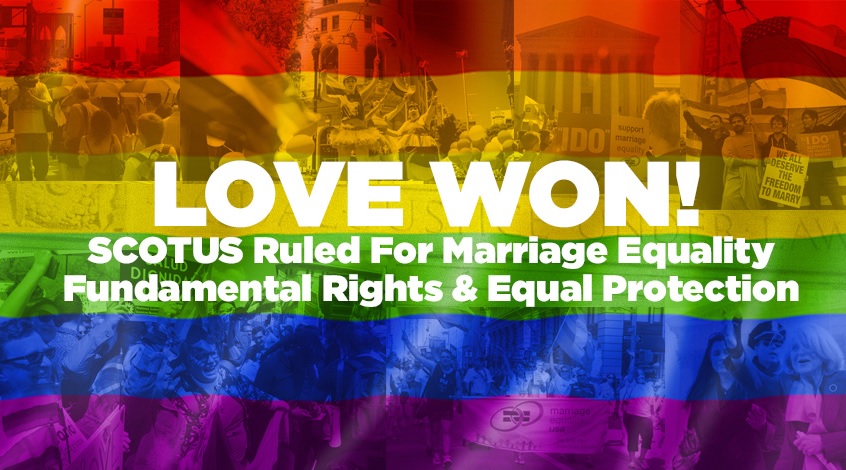 The United States Supreme Court’s decision in Obergefell v. Hodges establishing nationwide marriage equality will likely go down in history as one of the Court’s great landmark rulings. The Court’s opinion not only embraces liberty and marriage equality for LGBTQ Americans but reaffirms the fundamental principles of American constitutional democracy. Although the opinion often uses terms such as “gays and lesbians” or “same-sex” couples and discusses sexual orientation, the Court’s holding brings marriage equality to all LGBTQ people and significantly advances the goals of freedom and equality in all aspects of our lives.

The opinion begins by articulating the core American value of personal freedom: “The Constitution promises liberty to all within its reach, a liberty … to define and express their identity.” The Court then explained how the Constitution is not shipwrecked in the 18th century but lives today to protect Americans’ freedom and equality. In the Court’s words: “The nature of injustice is that we may not always see it in our own times. The generations that wrote and ratified the Bill of Rights and the Fourteenth Amendment did not presume to know the extent of freedom in all of its dimensions, and so they entrusted to future generations a charter protecting the right of all persons to enjoy liberty as we learn its meaning.”

The Court implicitly recognized the importance of decades of LGBTQ activism in creating change, explaining that “new dimensions of freedom become apparent to new genera¬tions, often through perspectives that begin in pleas or protests and then are considered in the political sphere and the judicial process.”

The Court then held that laws that exclude LGBTQ couples from marriage “burden the liberty of same-sex couples, and … abridge central precepts of equality.” Such laws “are in essence unequal: same-sex couples are denied all the benefits afforded to opposite-sex couples and are barred from exer¬cising a fundamental right.” 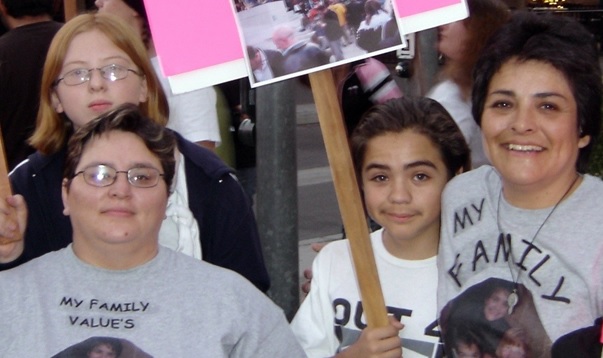 The Court affirmed that two people “whatever their sexual orientation” may form an “enduring bond” in marriage and that can lead to greater “expression, intimacy, and spirituality.” Further, “gays and lesbians can create loving, supportive families,” and indeed “hundreds of thousands of chil¬dren are presently being raised by [same-sex] couples” in “loving and nurturing homes ….” Put simply, the Court stated, “[t]here is no difference between same- and opposite-sex couples with respect to” these core matters. Yet same-sex marriage bans undermine the dignity of LGBTQ families, “harm and humiliate the children of same-sex couples,” and “consign[]” same-sex couples “to an instability many opposite-sex couples would deem intolerable in their own lives.”

In explaining its decision, the Court emphasized the horrible isolation that LGBTQ Americans have had to endure historically. In the Court’s words, for long “[a] truthful declaration by same-sex couples of what was in their hearts had to remain unspoken,” and for years“[s]ame-sex intimacy” was criminal in many states. The opinion refers to how historically many LGBTQ people had been “con¬demned to live in loneliness, excluded from one of civiliza¬tion’s oldest institutions,” marriage. The Court further noted that “[g]ays and lesbians were prohibited from most government employment, barred from military service, excluded under immigration laws, targeted by police, and burdened in their rights to associate.”

The Court spoke of the destructive nature of such prejudice and discrimination. “Especially against a long history of disapproval of [same-sex] relationships, [the] denial … of the right to marry works a grave and continuing harm. The imposition of this disability on gays and lesbians serves to disrespect and subordinate them.“

The tone of the opinion is strikingly vivid, emotionally intelligent, and personal. We and many others have experienced a profound sense of dignity and pride at no longer being second-class citizens when it comes to marriage, but the Court also acknowledged how painful and lasting the human toll of disparagement and isolation is. In the Court’s words, “wounds [to our human dignity] cannot always be healed with the stroke of a pen.” In describing the limited benefit of incremental victories, such as decriminalization of same-sex love, the Court observed: “Outlaw to outcast may be a step forward, but it does not achieve the full promise of liberty.”

The opinion will significantly bolster future cases challenging sexual orientation discrimination because the Court recognized the harmful effect of inequality on all lesbian and gay people, not just those in relationships. The Court held that the “exclusion” from marriage “has the effect of teaching that gays and lesbians are unequal in important respects. It demeans gays and lesbians for the State to lock them out of a central institution of the Nation’s society.” Denying LGBTQ people the right to marry “disparage[s] their choices and diminish[es] their personhood ….”

In its opinion, the Court also recognized explicitly for the first time that homosexual orientation is healthy and unalterable, observing how “psychiatrists and others [have now] recognized that sexual orientation is both a normal expression of human sexuality and immutable.” Although long obvious to millions of Americans and to every professional psychological or medical association, the Court’s recognition of these facts is very important to assuring success in future cases challenging unequal treatment based on sexual orientation. 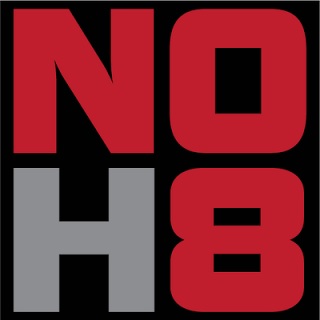 The Court’s opinion essentially recognized the crime of Proposition 8 and all the other statewide measures that targeted LGBTQ Americans to deprive of them of marriage equality and their basic human dignity. The Court did so by reasserting the central role of the Bill of Rights in our constitutional democracy. The opinion reassures all Americans that “[t]he Nation’s courts are open to in¬jured individuals who come to them to vindicate their own direct, personal stake in our basic charter. An individual can invoke a right to constitutional protection when he or she is harmed, even if the broader public disagrees and even if the legislature refuses to act.” In the words of the Court, “[t]he idea of the Constitution ‘was to withdraw certain subjects from the vicissitudes of political controversy, to place them beyond the reach of majorities and officials ….’ This is why ‘fundamental rights may not be submitted to a vote; they depend on the outcome of no elections.’”

We could say many other things about the importance of this historic decision, but for now we conclude with the last two lines of the opinion itself. By seeking marriage equality, LGBTQ people “ask for equal dignity in the eyes of the law. The Constitution grants them that right.”