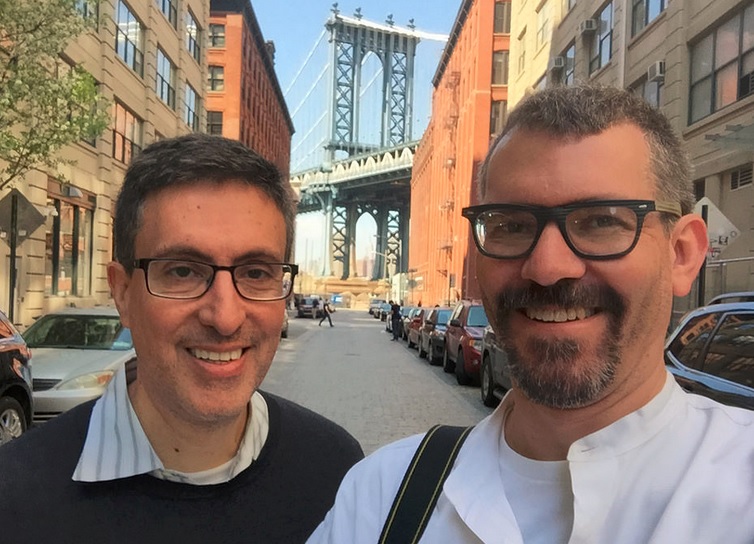 "My husband and I have been together for almost 15 years now,” says MEUSA Multimedia Lead Paul Carey. "But it's not been an easy road for us. Juan Carlos is from Mexico and we've experienced the challenges faced by bi-national couples first-hand,” he says, reflecting on how the lack of marriage equality impacted their relationship in its early years. “For our first five years of being together, we lived apart until Juan secured a work visa for the U.S. Now that we're married, our status as a couple in the U.S. is secure." 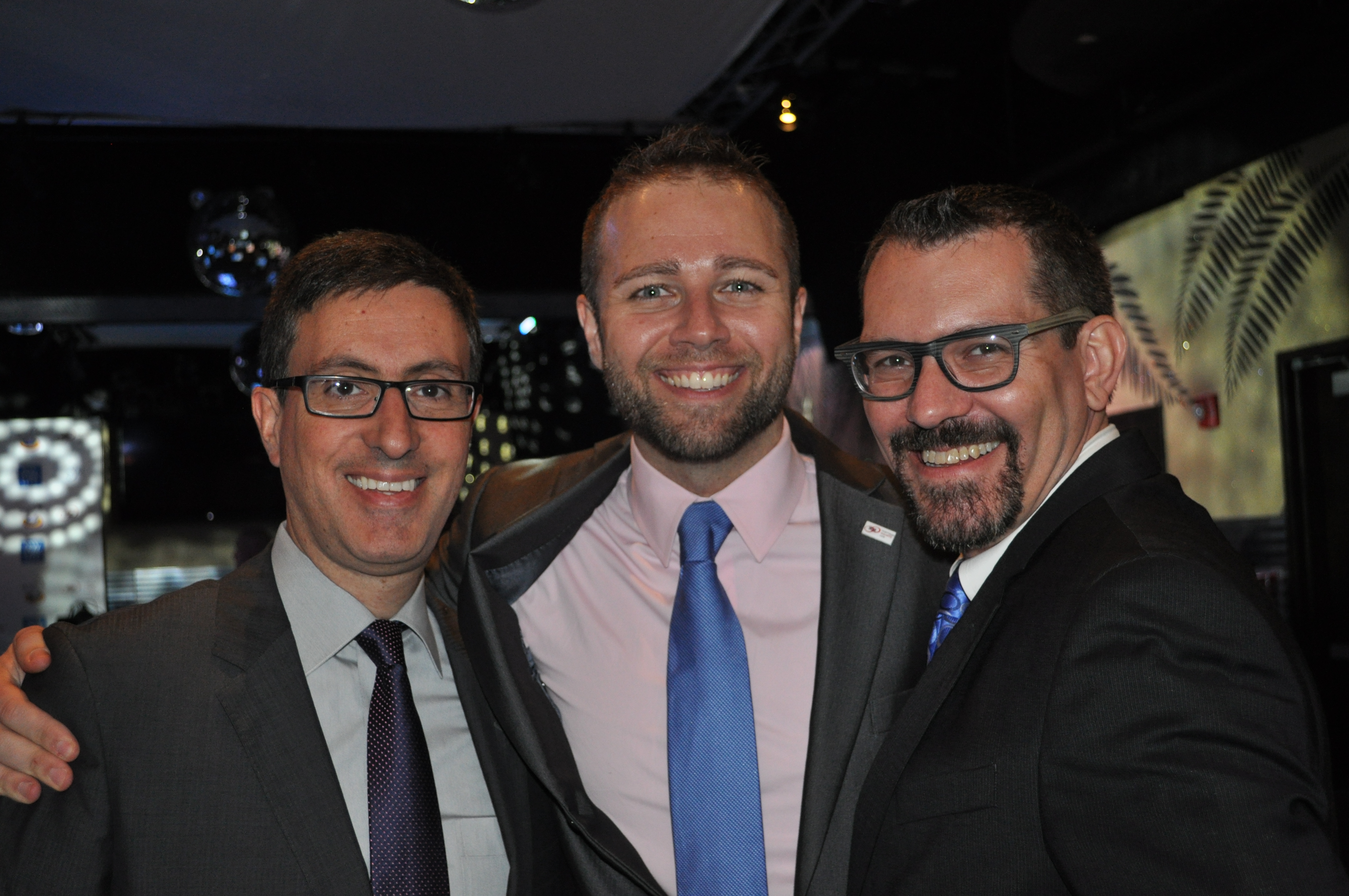 Like many MEUSA volunteers, Paul’s personal experience propelled him to join the marriage equality cause. As for choosing MEUSA, he says, "I'd been aware of MEUSA for a number of years but it was my friendship with Executive Director Brian Silva that brought me in to the team. I had already been capturing MEUSA events with my own photos when Brian asked me to help manage MEUSA's multimedia archive for its constituents.”

Paul’s MEUSA assignment turned out to be more than he originally anticipated. "It's been a challenging role - pulling together existing photos and videos that the organization had, plus reaching out to past participants to collect as much information as we can. We have a few videos made for MEUSA, plus videos provided by other sources. In our photo collection, we have almost 10,000 photos archived, over 3,000 of which are available to everyone.” 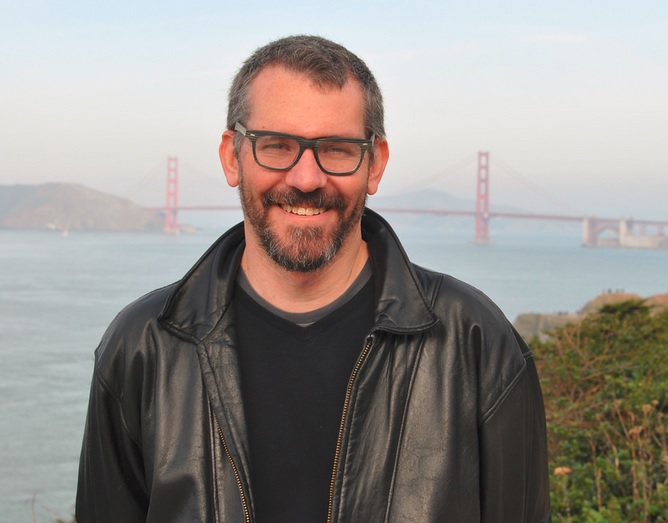 Indeed, his responsibilities cut across multiple facets of MEUSA activities. "It's my role to manage our online video and photographic resources. I have set up YouTube and Flickr accounts for Marriage Equality USA to document where we've been and the activities that we're engaged in. In addition, I curate videos for our audience, providing a guided tour of our events and activities where MEUSA either sponsors or participates. As a photographer, I've been on hand to personally capture many of our events, including our National Gala, Gay Pride events and, most recently, showing our support for Marriage Equality at the recent Supreme Court oral arguments. For the past couple of years, I've created videos for our Galas and Awards events utilizing content provided by MEUSA volunteers across the country.” 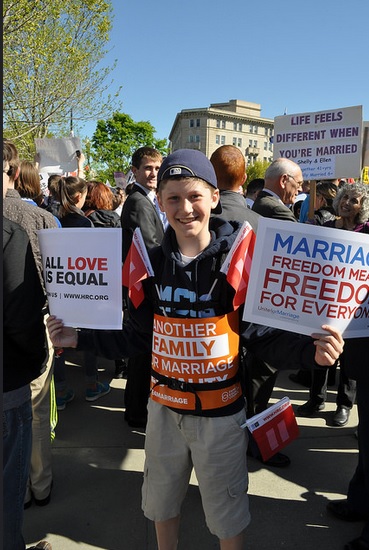 Paul considers his recent Supreme Court coverage to be one of his most important MEUSA assignments. "I was the official MEUSA photographer for the recent Unite for Marriage events during the oral arguments on marriage at SCOTUS (photo set for 2015-04-28). It was an exciting time to be in D.C., and to be a part of the Unite for Marriage rally on the steps of the Supreme Court. We spent the morning showing our support with other marriage equality organizations and met with a number of people that are directly affected by the decision. The joy of each person's story was great to hear.”

Hearing personal stories is among the rewards Paul says volunteering at MEUSA has brought him. "Working directly with the leadership team at MEUSA has given me broader insight into the organization and into the marriage equality movement. I've been able to meet a number of people from around the country and hear a wide variety of stories. The most compelling thing I've learned is the diversity of the families that we are working to protect. We have families across the country that need our support and encouragement.” 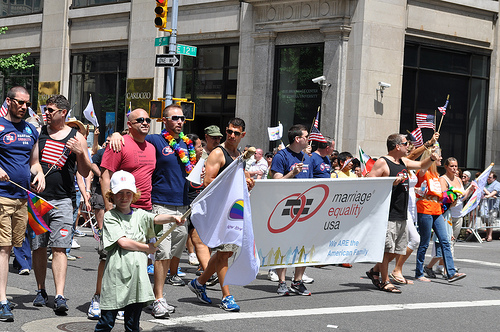 GETTING TO “I DO”: Our Journeys to Marriage Equality

SHARE YOUR STORY TO CHANGE HEARTS & MINDS AROUND THE WORLD  Waited years/decades to marry? Raising a family without access to the benefits and protections marriage offers? Straight but no longer narrow? MEUSA has launched its latest marriage equality story-sharing initiative in conjunction with the story-telling website Cowbird. Designed to collect and share multimedia-rich personal stories about relationships, family, marriage, advocacy, and equality in an online gallery, contributors will have an opportunity to share their personal marriage equality-related stories. “Sharing stories is one of the most powerful ways to sway more people into supporting marriage equality,” says MEUSA Executive Director Brian Silva. “We encourage potential participants to relay their dreams, ideals, and experiences with families, friends, neighbors, colleagues, and communities.”

One of the first stories to post was that of Ted Hayes and Jack Hayes. After 25 years together, Jack died shortly before marriage equality became a reality in New York. The post has been picked up by Upworthy and has been viewed over 32,000 times as well as receiving many “shares” and “likes” on multiple sites. The following guidelines outline the types of stories MEUSA hopes to gather:

It's easy to be part of Getting to ‘I Do’ and share your own story. Click on the image below or visit cowbird.com/join to create your free Cowbird account. Please write "Marriage Equality USA" in the You section when you sign up.

To see what others have written or for ideas of what you can write, check out our current stories.