The Women’s Movement, My Mom, and Marriage Equality

Justice Ruth Bader Ginsburg’s observation during the Supreme Court marriage equality hearings about the importance of the evolution of marriage under the law from “a relationship of a dominant male to a subordinate female” to an “egalitarian” institution really struck me. From a political perspective, Ginsburg’s comments highlight the continuing importance of the women’s movement to equality for all people, especially LGBT people. Discrimination and prejudice on the basis of sexual orientation and gender identity are in many ways rooted in sex discrimination – and stereotyped and fixed notions of gender. The enormous progress toward eliminating sex discrimination under the law (still an unfinished business) has been instrumental to gains for LGBT rights. None of this progress took place by accident; it came about through the bravery, determination, struggle, and support of millions of people. It was on a personal basis that Justice Ginsburg’s statements really hit home. I grew up with a mother and a father who lived the struggle as they married in the 1950s and attempted to forge a marriage of equals in a society openly hostile to such aspirations.

My mother was born in 1922 into a family who hailed from small town North Carolina. My mother did what good little middle class girls were supposed to do at the time: read books, study, and imagine life as a schoolteacher, then as a mother. However, when my mother pranced into the kitchen as a little girl to help my grandmother cook, my grandmother, frustrated by her own limited opportunities in life, commanded my mother back to her room to study. My mother did just that and read and studied – a lot. By the early 1950s, my mother had received her PhD, completed a fellowship at a prestigious academic institution in Europe, written a book, and become a professor at a major American research university.

My mother met my father at the university soon after she began teaching, and they had the then radical notion that they each could have successful academic jobs and raise children, too. But it was not to be. My mother’s department at the university told her not even to think about getting tenure (and thus job security) because they did not offer such things to women. Such discrimination meant that my parents followed my dad’s career to support the family, and my mother dutifully attempted to stay home to raise me and my brother. My mother, who just a few years earlier had been working abroad with some of her field’s leading scholars, found herself confined to a tiny house in a bleak suburb with two small children. She hated it, and the isolation and lack of stimulation were stifling to her. 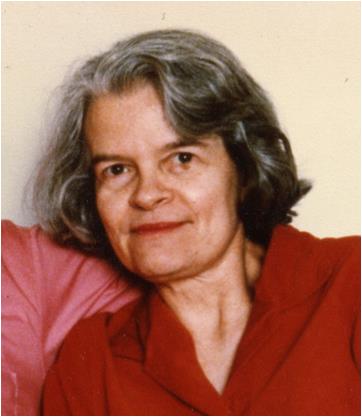 We moved to another city to follow a job for my father, and when my brother and I were school age, my mother along with a colleague became the first two full-time female faculty members at a local college. She again faced open discrimination. The college told her that they paid women less than their male counterparts because men needed the income to support their families whereas women’s income was merely supplemental. At the time, there was no Title VII or anything else that made such blatant wage discrimination illegal. My dad was willing to give up his job, which he loved, to relocate where my mother could find a better position, but wage discrimination, the fact that my mother’s field of Classics was dwindling at the time, and the number of years she had been removed from scholarship in the field, all rendered efforts unavailing.

Decades later my mother mailed my brother and me a short excerpt from the graduation speech that the early feminist M. Carey Thomas, founder of Bryn Mawr College (where my mother received her PhD), delivered in 1922, the year my mother was born. Thomas exhorted the all female graduating class: Women -- “if you want to marry, marry, but do so with a clear understanding with your husband on the conditions of your marriage, with the understanding that you are to go on with your job.... Women often disappoint me very much by not amounting to something themselves and giving up everything for a pair of stupid little children who might not amount to anything."

The directness of Thomas’ admonition struck my mother, and my mother couldn’t resist the opportunity to poke fun at my brother and me by implying in jest that we might be “a pair of stupid little children” who didn’t amount to anything. Although my dad was completely supportive of my mother, Thomas’ anticipation of the struggle my mother would face was prescient.

Several years after my mother passed away, I visited my dad at a retirement community about a year before he died. We were having dinner with some obviously conservative fellow residents, and my dad proudly proclaimed that his wife was “a radical feminist.” Although my mother had never used the term to describe herself, I believe he used it because he took great pride in her accomplishments and he knew how much she struggled. I have always wished my mother had been able to fulfill her dreams, but I know my brother and I benefited enormously from growing up with her and my father. We experienced the struggle for gender equality as part of our upbringing and learned the human cost of sex discrimination first hand. We learned directly how gender should not define a person and that the law should enable people to pursue their dreams without regard to gender or any external factor of who you are. We look to the Supreme Court to take a giant step forward to realizing that vision of equality later this month.